From week 12 to week 18 of my pregnancy Brian and I really thought we were having a boy. We talked about nothing but boy names, thought about how to raise a boy, and looked at boy bedding. The reason? The ultrasound technician at my doctor's office in New Jersey was pretty convinced it was a boy, and I saw exactly why she thought that. However, we've learned since then that girls can be very swollen "down there" making it difficult to determine gender as early as 12 weeks. So today I had my 20 week ultrasound and sure enough, there was no denying it! We are definitely having a little girl!! I should have listened to all the people who told me we would have a girl. Two people told me they had dreams we would have a girl. Two other people told me (right after I got pregnant) that they had strong feelings we would have a girl. No one predicted boy. Pretty cool huh?

I am so relieved to know the gender of our baby! Now I can shop and register for gender-appropriate items (and be confident that I'm shopping for the right things). My most favorite thing to look at of course is clothes, but I've refrained from buying anything . . . yet. The only thing I've found frustrating so far is that a lot of girl stuff is super frilly or loud/busy. I'm sure I'll find things I really like though!

Here are the best pictures from today's ultrasound. I can't wait to meet this sweet girl!! 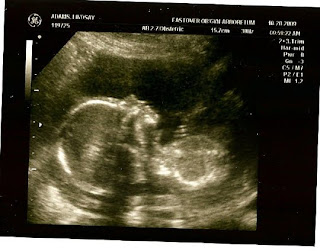 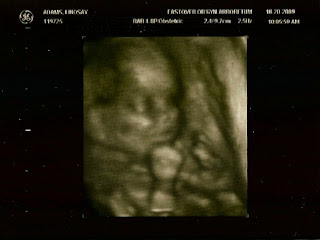 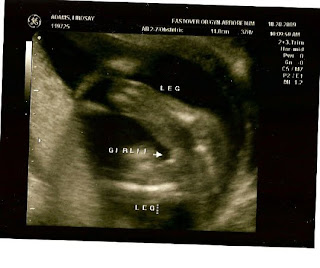 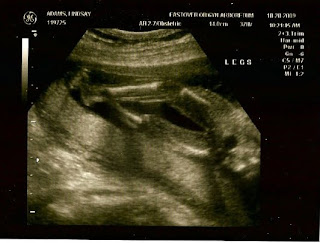 Where in the World are Brian and Lindsay?

Remember when Matt Lauer did that series on the Today Show called, "Where in the World is Matt?" Sometimes I feel like Brian and I could do something similar because there's just no telling where baseball will send us! I dropped Brian off at the airport this morning. After several layovers his final destination will be Navajoa, Mexico. He was given the opportunity to pitch for the Navajoa Mayos, and since winter ball pay is good (much better than substitute teacher's pay), and since we have a little one on the way, he decided to accept. Mostly, we felt like this was an opportunity the Lord provided and wanted him to do. I plan to take comfort in that fact when I'm tempted to wallow in my sadness because I miss him so much. He could be down there for 2 days or 2 1/2 months - turnover rates are high and the season lasts through December, so who knows for sure how long he'll be there.

My plans are to stay back in Charlotte and work until Baby Adams makes his/her debut! I would have liked to have gone with Brian, but it's just too risky being pregnant and all :) Speaking of Baby Adams, we should be finding out his/her gender soon! My wonderful sis-in-law performed an ultrasound the other day but can you believe the umbilical cord was running right between Peanut's legs blocking our view??!! I'm so excited to find out, and was really hoping we would before Brian had to leave, but it looks like we'll have to wait a little longer before we'll know anything.

I have plans to keep myself busy and occupied while Brian is gone. My list of house projects consists of the following:

1.) Build an upholstered headboard for our bed (with the help of my Dad). Something like this 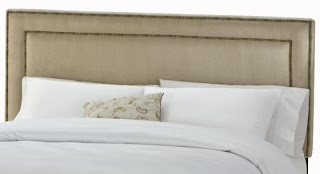 2.) Clean out the guest room that will eventually become the nursery. This task will also involve selling the couch that currently resides in that room.

3.) Plan the nursery decor and layout.

4.) Shop for and hang curtains throughout the house. We have NONE and they would really warm up our space!

5.) Go through old Southern Living magazines, save any good recipes and decorating ideas, then get rid of the oldest ones.
Posted by Lindsay Adams at 5:52 PM No comments:

Get the Story Behind the Title